Park of the future

Natalie Harms
Jun 21, 2019, 1:45 pm
Memorial Park Conservancy's renovations include some projects that are rare or never been done before. Photo courtesy of MPC

Memorial Park is undergoing a huge transformation that is mixing a little bit of old with the new.

The Memorial Park Master Plan includes adding breathtaking new projects — like water features, a new athletic complex, and more — as well as conservation efforts that restore parts of the land that were native coastal prairie. The project is a collaborative effort between Memorial Park Conservancy, Uptown Houston TIRZ, and Houston Parks and Recreation Department to redevelop the 1,500-acre park.

The Master Plan is set to deliver a series of projects ahead of 2028, and there are a few initiatives that are innovative and different from other urban parks' transformations, notes MPC's president and CEO Shellye Arnold.

A big part of Memorial Park's transformation is restoring the park to native species and ecosystems.

In order to connect two native coastal prairie lands on either side of Memorial Drive, MPC is building a unique 30-foot-high land bridge the size of three-and-a-half football fields. The space will be large enough that you don't even realize you're standing over a busy street, Arnold says.

The prairies will serve an important purpose for rainwater collection — a growing need within the city of Houston.

"We're channeling [rainwater] into this prairie where some of it can be absorbed, cleansed, slowed down," says Arnold. "And then what doesn't get slowed down and absorbed can flow through the prairie [on the other side], which is even bigger."

"[They] want access across the Memorial Drive — [they] want to safe access, and so this is the response. It's a pretty bold and visionary response," Arnold says.

In 2011, a major drought decimated the park and areas saw losses of 50 to even 90 percent of the canopy of trees. MPC and its team saved what could be saved, and the rest is serving a new purpose to the park.

"We took the trees that we lost on the drought that people felt such a tremendous loss for and ground them all up, and they are in a biocycle in a two-acre area in the back of the park," Arnold says.

The soil created — some of which includes manure from the animals at the Houston Zoo — has already been used on some plants in the park, and Arnold says those plants are thriving.

"It's cool that those those trees are giving life to the park," Arnold says.

Invasive species of trees that are plucked from out of the park are also being ground up and used in the same way.

"There isn't anything this big like this in an urban park setting like this kind of recycling effort," she says.

The biocycling process is scalable too.

"We could open this up to other organizations," Arnold says. "It's so much better ecologically to take trees and grind them up and use it inside the space rather than haul them out to landfill way outside of town and dump them."

The benefit to the program is that MPC can retain some of the soil it produces for these other organizations and use it on site.

When putting the plans in place, MPC and its partners called on 25 of the best ecologists, as well as 50 more park and other types of consultants specializing in everything from insects and wildlife to prairies and trees.

Just as the Land Bridge is creating new prairie space, other initiatives throughout the park will be focused on eliminating invasive species and bringing back the natural ecosystem of the park.

The Easter Glades project, which is set to deliver next year, will have a habitat for fish, and will not allow any fishing or boating. Carolyn White, conservation director at MPC, is working with the Texas Wildlife Association to bring in the right species of fish.

Arnold says that MPC works with other organizations in an innovative way to bring native plants into MPC, since the park has the space for these organizations to use to cultivate and propagate plants.

"They bring their native plants and they grow them with their volunteers, and they leave us a little bit here," Arnold says. "We could never buy enough native plants to go inside this park."

These were Houston's top impact innovation stories this year

Natalie Harms
Memorial Park Conservancy's renovations include some projects that are rare or never been done before. Photo courtesy of MPC

When it comes to the impact that innovation has had on Houston, a number of things stand out for 2019. And, so many of these top stories from this past year are just beginning.

InnovationMap's most read articles in its impact category include new technologies for flood resiliency, The Ion's development, Memorial Park renovations, and more. 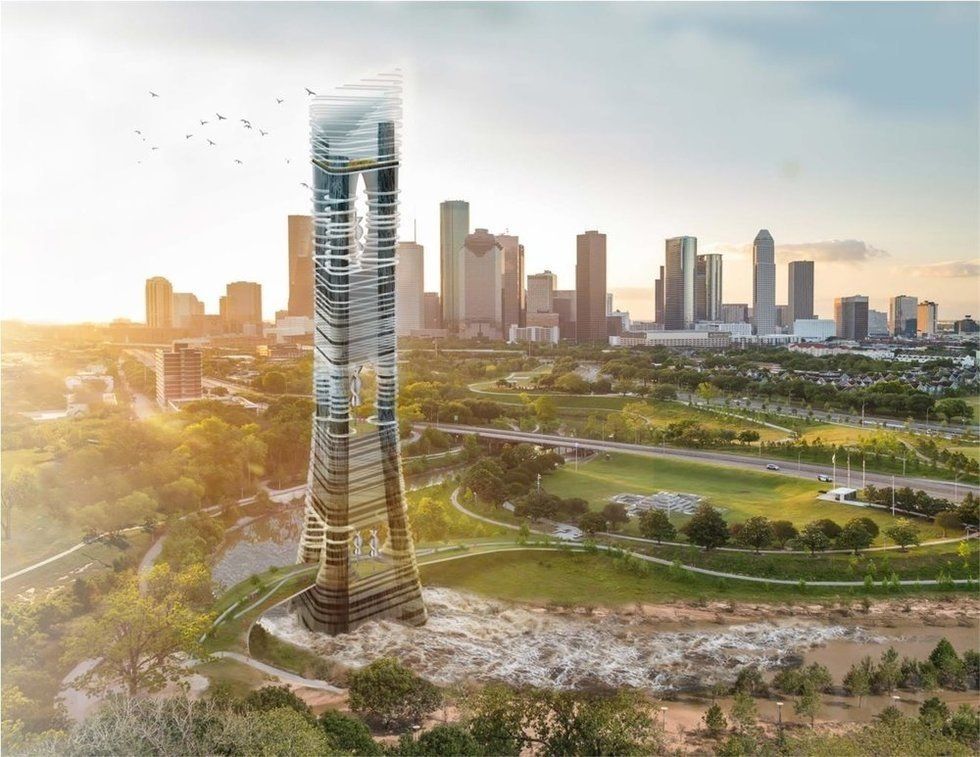 From a water-absorbing tower to sensor-enabled rubber ducks, here are some flooding solution ideas coming out of Houston. Courtesy of Gensler's ByDesign

The feeling is all too familiar for Houstonians. Tropical Storm Imelda hit Houston with devastating flood waters just two years after Hurricane Harvey did its damage.

With any obstacle or challenge, there is room for innovation. Over the past year, InnovationMap has covered various flood tech startups in Houston. Here are six innovations that can make a difference the next time a storm decides to take its toll on Houston. Continue reading. 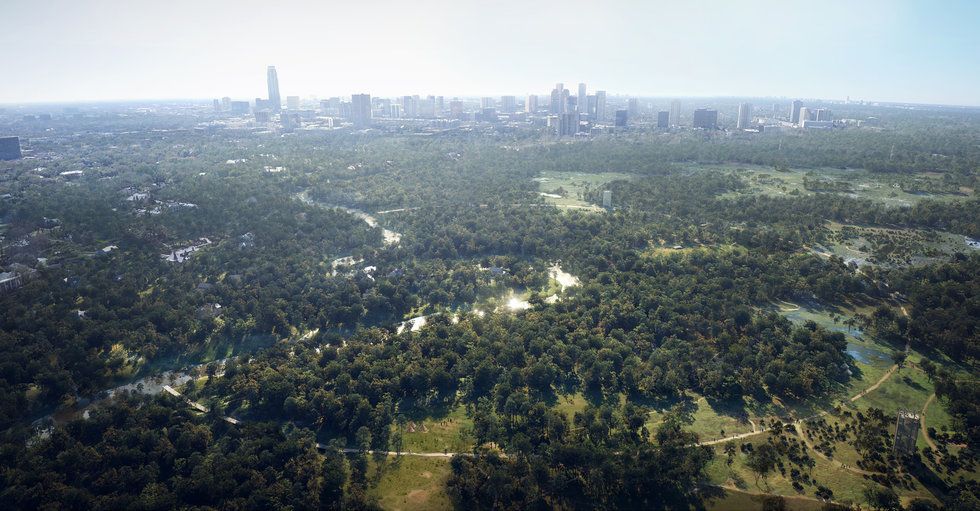 Memorial Park Conservancy is gearing up to unveil one if its first projects within its 10-year master plan redevelopment. Photo courtesy of MPC

Memorial Park Conservancy has until 2028 to deliver on its master plan redevelopment project, but if MPC president and CEO Shellye Arnold has anything to say about it, the plan will be completed way ahead of that.

The project is a collaborative effort between MPC, Uptown Houston TIRZ, and Houston Parks and Recreation Department to redevelop the 1,500-acre park. In 2011, a major drought decimated the park and areas saw losses of 50 to even 90 percent of the canopy of trees.

"As tragic as it was, it made people take action," says Arnold.

Following the drought, these organizations looked to the people to see what was needed and wanted by the 3 million visitors and residents of the 170 ZIP codes that frequent the park annually.

"There was a huge outcry to do something," Arnold says. "That something became an effort to define the future of the park in a way that would be powerful, bold, thoughtful, innovative, and very resilient. It would consider Houstonians of the future and Houstonians today. It would consider soils, storm water treatment, the wildlife, and what people want." Continue reading. 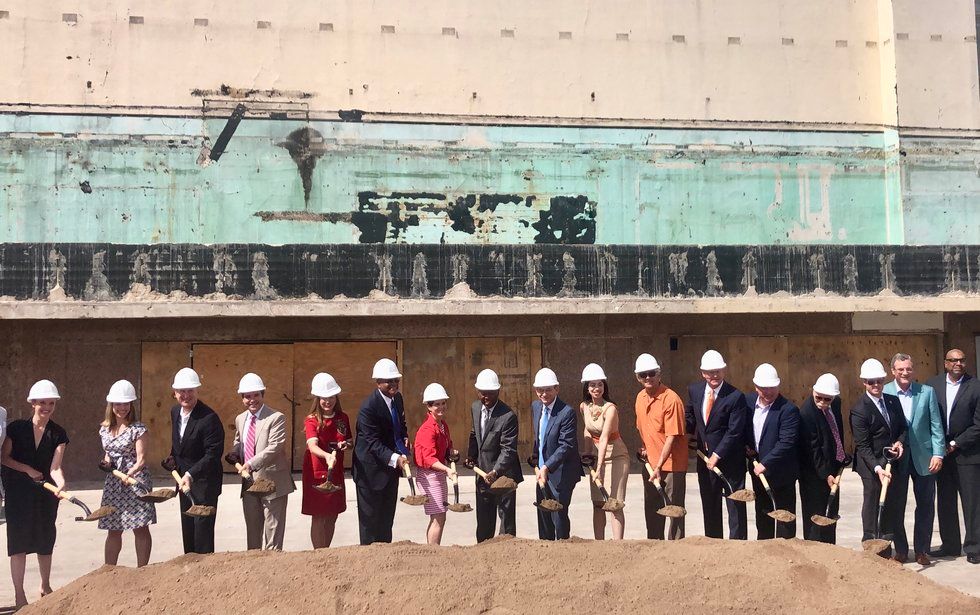 The Rice Management Company has broken ground on the renovation of the historic Midtown Sears building, which will become The Ion. Natalie Harms/InnovationMap

The Ion — a to-be entrepreneurial hub for startups, universities, tech companies, and more — is, in a way, the lemonade created from the lemons dealt to the city by a snub from Amazon.

In 2018, Amazon narrowed its options for a second headquarters to 20 cities, and Houston didn't make the shortlist.

"That disappointment lead to a sense of urgency, commitment, and imagination and out of that has come something better than we ever could have imagined," David Leebron, president of Rice University, says to a crowd gathered for The Ion's groundbreaking on July 19.

However disappointing the snub from Amazon was, it was a wake-up call for so many of the Houston innovation ecosystem players. The Ion, which is being constructed within the bones of the historic Midtown Sears building, is a part of a new era for the city. 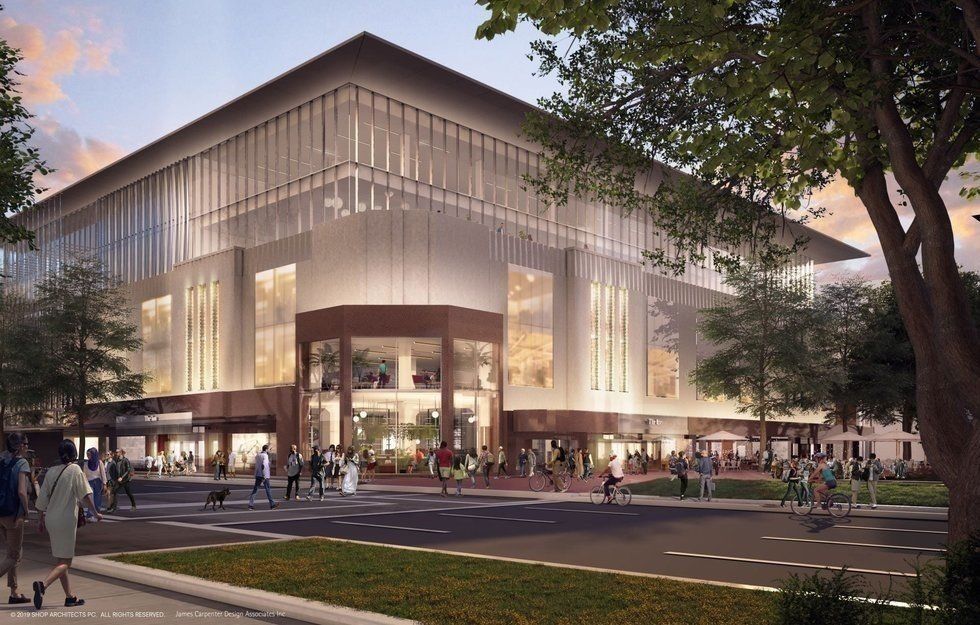 The coalition is supported by Third Ward is Home Civic Club, the Emancipation Economic Development Council, the Texas Coalition of Black Democrats - Harris County, and the Houston Society for Change. Continue reading. 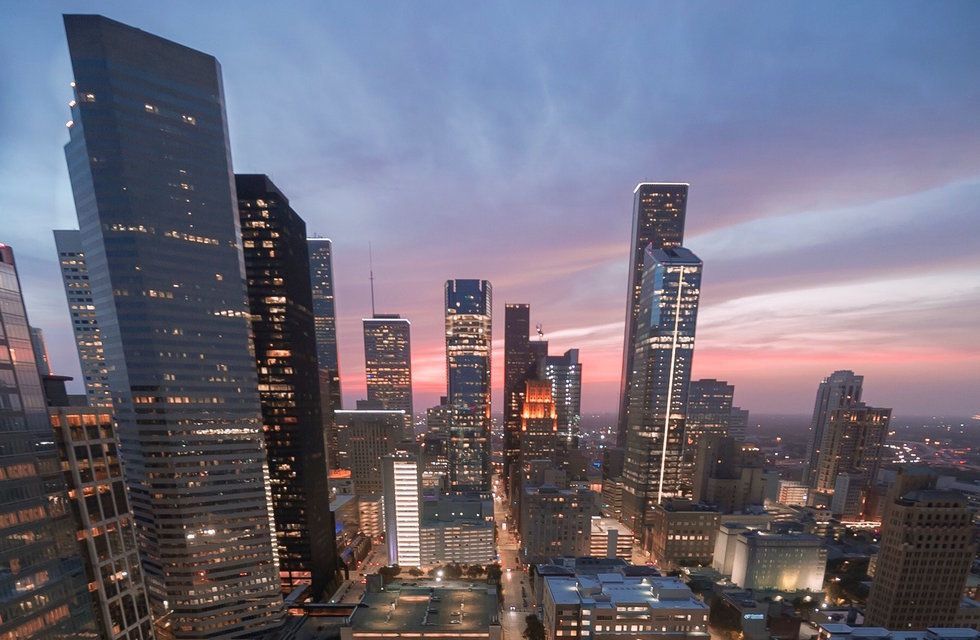 The Greater Houston Partnership has the facts. Nick Bee/Pexels

Every year, the Greater Houston Partnership — the city's economic development arm — gathers up data and reports to paint a full picture of the Bayou City. In the past few editions, innovation has been a key component.

The GHP's innovation coverage spans three pages under the top industry and sectors category. From tech startup growth to money raised, here's what you need to know from the 2019 Houston Facts. Continue reading.