The science of love

Natalie Harms
Jun 12, 2019, 3:09 pm
Brittany Barreto has expanded her DNA dating technology to a compatibility company named We Have Chemistry. Courtesy of WeHaveChemistry

As Brittany Barreto was developing and promoting her DNA-based dating app, Pheramor, that can establish compatibility in prospective couples using a certain string of genetics, she made some couples very jealous. While not single, they wanted to know the compatibility they have with their partner.

"For every single we connected with through Pheramor, there were at least three couples that wanted to complete the DNA swab to find out their compatibility," she says in a news release.

Now, Barreto and her team, which now includes acclaimed relationship expert Laura Berman, have developed WeHaveChemistry, a series of tests and DNA analysis that can give couples a look at their compatibility. And, WeHaveChemistry has taken it a step further to include more than just DNA in the report.

"The team is very excited about WeHaveChemistry," says Barreto in the release. "We've done our research and carefully crafted two reports: the socioemotional analysis and the DNA report. All couples will receive both reports to analyze their physical and emotional chemistry—which we refer to as their 'Love Alchemy."

The results aren't categorized as good or bad, and there's no score determined for couples — the findings are meant to be used to enhance the relationship and as a guide for navigating the trials and tribulations that often come with monogamy.

"The most important way for couples to ensure that their relationship stays strong is to both play to their strengths and to be honest and curious about their areas for growth," says Berman in the release. "We all have areas where we need to stretch a little, both as partners and as people, and couples can apply the findings of the SEA to their relationships and begin growing right away. In addition, the SEA identifies where we are strongest, what we should celebrate and honor, and the areas which we can rely on as a firm foundation when times get tough."

The process goes as follows:

The way genetics affects attraction is completely subconscious and instinctual, dating back to primitive times.

"The science behind attraction based on your DNA is that people are attracted to one another when their immune systems are different — opposites attract is biologically true," Barreto says in a previous InnovationMap article. "When we were cavewomen and cavemen, we didn't know who was our uncle and who was our cousin, so we used our nose to figure out who is genetically diverse compared to us. If you're genetically diverse, then you're probably not my relative, and therefore we'd have healthier children."

Of course, nowadays, there are many more factors that go into compatibility and both Pheramor and WeHaveChemistry have included that in their assessments.

The DNA kit has swabs and information for two people and is sent through the mail.

Natalie Harms
Here's what Houston innovation news trended — from workforce trends in Houston to top articles in 2019. Photo by PeopleImages

Editor's note: In the first trending news roundup for InnovationMap in 2020, top stories include end-of-the-year roundups, experts talking about the future of the workforce in Houston, fundraising in Texas, and more.

Overheard: Experts weigh in on the future of the workforce in Houston 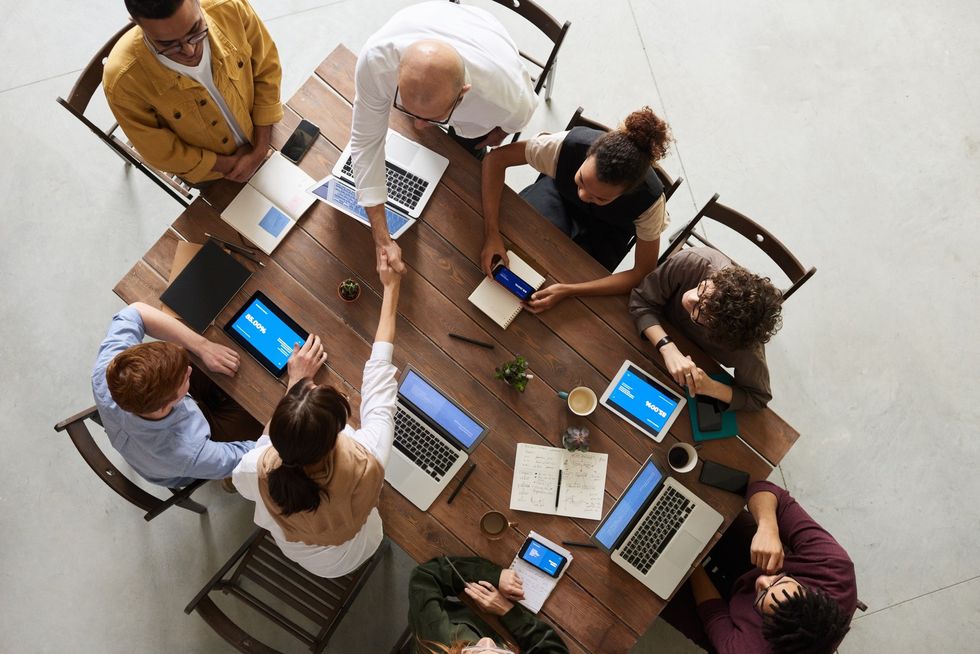 From the rise of freelancers to Houston's data-driven future, here's what the Bayou City can expect to see when it comes to the future of the workforce. Pexels

As the new decade approaches, there are a lot of questions about the future of the workforce in Houston. Will automation revolutionize jobs? Is technology evolving too quickly for training and education to keep up? And, can corporations adapt their work environments to account for the rise in freelancers?

At the launch of Houston's new General Assembly location, a panel of Houstonians moderated by Joey Sanchez of Houston Exponential addressed these questions and more earlier this month. The global digital skill development organization will launch a three-month software engineering program in January along with workshops and introductory courses before rolling out other part- and full-time courses in 2020. Continue reading.

From a new, innovative mixed use development to food and fitness startups, here's what lifestyle innovation trended in Houston this year. Courtesy of The MKT

Innovation surrounds us, from the B2B startups designing software solutions for huge oil and gas corporations to a fitness app that allows users to safely and efficiently book private trainers.

During 2019, InnovationMap published stories on these startups, burgeoning mixed-use spaces, innovative sustainable stores, and more. Here's which of those stories readers flocked to. Continue reading. 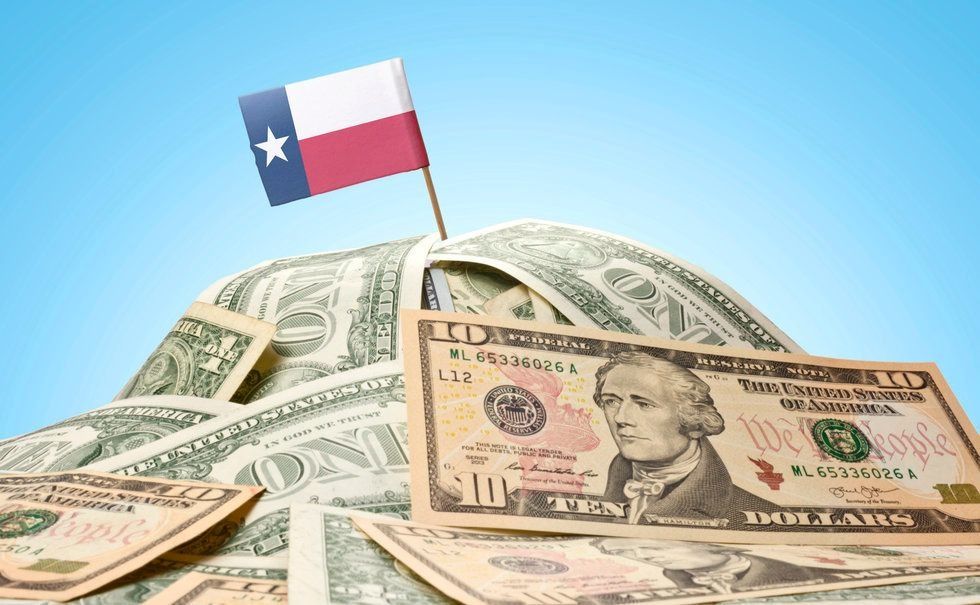 From friends and family rounds to how to navigate a seed round, here's what you need to know about raising money in Texas. Getty Images

In the vast majority of startups we've worked with across Texas, their "seed round" is not the first money in the door. That money is often called a "Friends & Family Round" and it's usually from people so close to the entrepreneurs that they are willing to take a gamble before there is really even much "there" to invest in. It also might include bootstrap funds put in by the entrepreneurs themselves.

After an F&F Round, Texas startups will pursue a "seed round," which generally includes some angel investors in the local and broader ecosystem. A problem we occasionally run into is that Texas entrepreneurs, including those in Houston, will get bad advice on what the right structures are for this kind of deal; either because they are reading a blog post from Silicon Valley (where things work VERY differently) or they're talking to someone marketing themselves as an "adviser" when their advice doesn't have much substantive deal experience backing it. Continue reading. 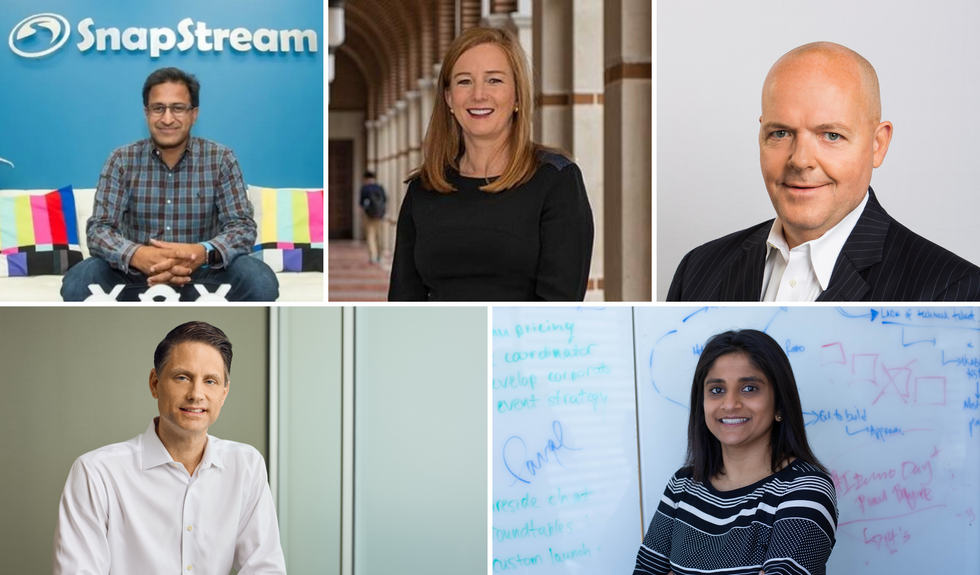 From M&A action to the development of Houston's innovation corridor, these are five Houston innovators to keep an eye on in 2020. Courtesy photos

For so many Houston innovators, 2020 will be a year of growth, execution, proof of concept, piloting, pivoting, fundraising, and more.

It's hard to narrow down the list of movers and shakers in Houston innovation, but a few have stood out for making waves in the new year. From M&A action to the development of Houston's innovation corridor, these are five Houston innovators to keep an eye on in 2020. Continue reading. 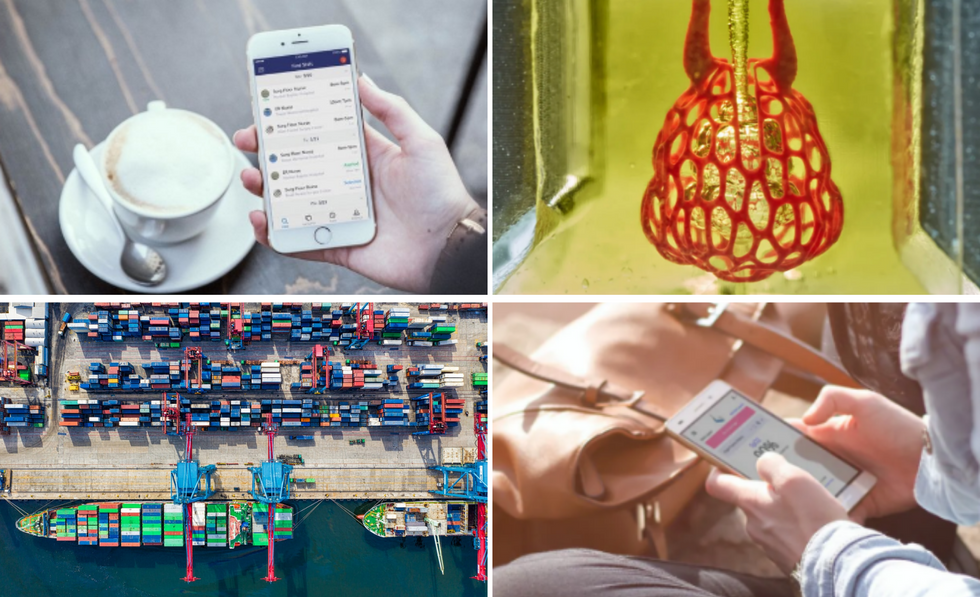 Thousands of startups call Houston home. According to the Greater Houston Partnership's data, the Houston area added 11,700 firms between 2013 to 2018. And, if you consider Crunchbase's tally, at the end of 2018, Houston had over 1,400 tech startups on the investment tracking website's radar.

This past year, InnovationMap featured profiles on dozens of these Houston startups — from blockchain and software companies to startups with solutions in health care and oil and gas. Here are 10 that stood out throughout 2019. Continue reading.