Natalie Harms
Aug 26, 2019, 1:13 pm
From oil and gas deals to finance-focused initiatives, this week's innovators are ones to watch. Courtesy photos

As Houstonians head back to work or school following a fun summer break, we know two things for sure.

The first is that traffic will get back to its headache inducing craziness and that Houston startup news will only get more frequent. This week's innovators to know include oil and gas entrepreneurs with big deals on the line plus a finance-savvy woman who wants to encourage others to take control of their personal finance.

A brother-sister team has taken a huge step forward with their biotech startup, Cemvita Factory. Moji Karimi, who has a background in the oil and gas industry, and his sister, Tara, who has a background in biotech, teamed up a few years ago to create a technology that can mimic photosynthesis, turning carbon dioxide into glucose. It was Tara who figured out the technique and then the two worked backward to identify the industries — oil and gas and space — to work within.

"We have an ambitious goal to take one gigaton of CO2 out of the carbon cycle in the next decade and are very excited about being a part of Occidental's journey to become a carbon-neutral company," says Tara, co-founder and chief scientist, in a release.

Travis Parigi has built his software company from the ground up. Now, for the first time, he's thinking strategically about growth, thanks to a new financial partner.

Parigi's company, LiquidFrameworks, is an enterprise software company with applications in the upstream and downstream services industry. While the software focuses on automation and AI applications, Parigi tells InnovationMap that he has his eyes on emerging technology all the time. I keep a keen watch on a lot of the different technologies that are emerging out there.

"Blockchain is certainly one of them that we're looking at," Parigi says. "I think there's some interesting things that we might be able to do with that as it relates to price book management, which is complex and varied. It could be that blockchain could end up providing a nice mechanism for both parties to independently have pricing data verified."

Eryn Schultz wanted to encourage women to take control of their finances. So she created her own holiday for it called pHERsonal Finance Day. She hosted Houston panels and talks on the day — Friday, August 23 — and motivated women everywhere to take a moment and make a smart financial plan.

"In a world of women's marches and the 'Future is Female' t-shirts, women should be stepping up to shape their financial futures," Schultz writes in a guest column for InnovationMap. "For that reason, women should take a financial health day."

Schultz had a great turnout and reception for the Houston event, and she's already planning for next year.

Natalie Harms
This week's innovators to know are focused on using artificial intelligence in data management, banking for startups, and 5G awareness in Houston. Courtesy photos

Today's featured innovators know a bit about these movements — from an entrepreneur using artificial intelligence in data management for his clients to a banking exec who went all-in on startups. 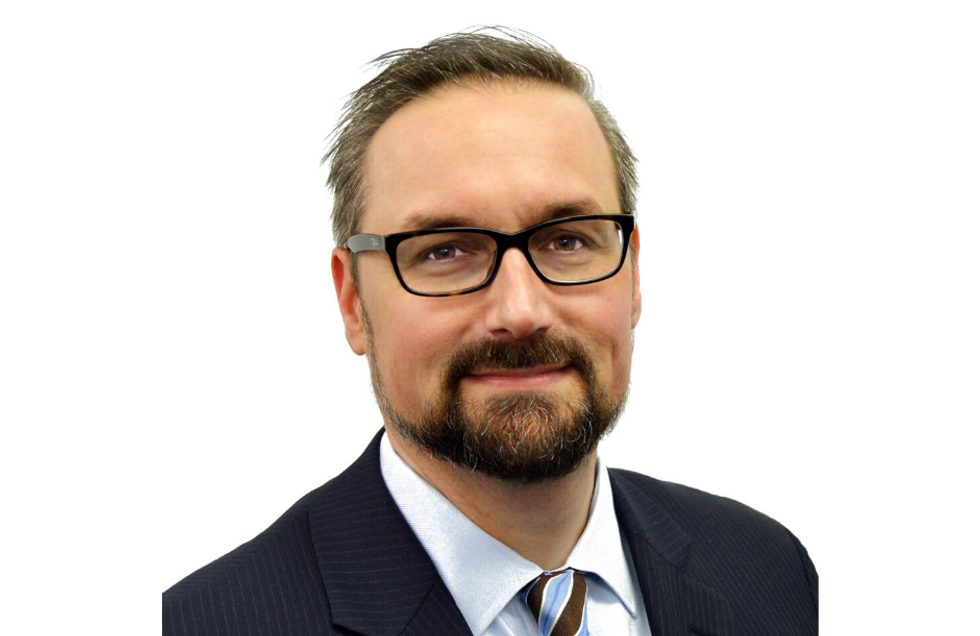 Every company wishes they have a crystal ball when it comes to making business decisions, and while a physical iteration of that wish isn't possible, Tony Nash has developed the next best thing for his clients at his startup, Complete Intelligence.

Founded in 2015, Complete Intelligence is an AI platform that forecasts assets and allows evaluation of currencies, commodities, equity indices and economics. The Woodlands-based company also does advanced procurement and revenue for corporate clients.

"We've spent a couple years building this," says Nash in a recent InnovationMap interview. "We have a platform that is helping clients with planning, finance, procurement and sales and a host of other things. ... We built a model of the global economy and transactions across the global economy, so it's a very large, very detailed artificial intelligence platform." Read more. 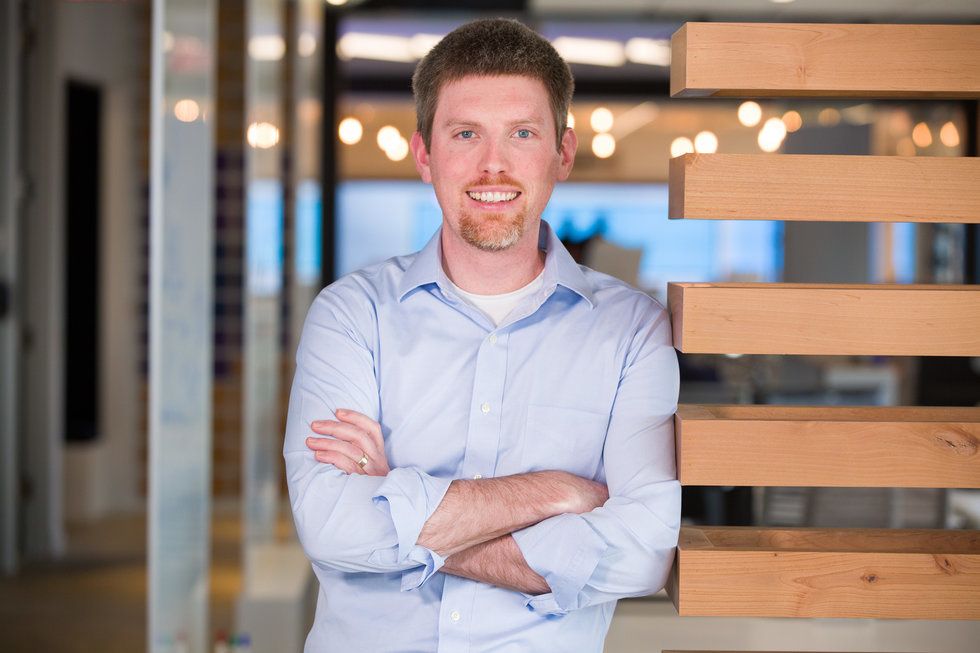 The rise of 5G in Houston feels familiar to Brian Richards. He writes in a recent guest column that the development of the technology is similar to the moment in Houston's history when NASA landed a man on the moon.

There are a few similarities Richards expresses in his article, as well as providing more information about 5G itself, but the undeniable fact is 5G will create a lasting impact in Houston.

"Above all, as Houston continues to race toward building a world-class innovation ecosystem and a sustainable, thriving economy, we simply can't take our foot off the gas in the 5G race — much like the moon race," he writes. "It's an imperative that the region continue to lead in 5G network adoption and that our local industries and businesses envision, plan and develop new ways of working." Read more. 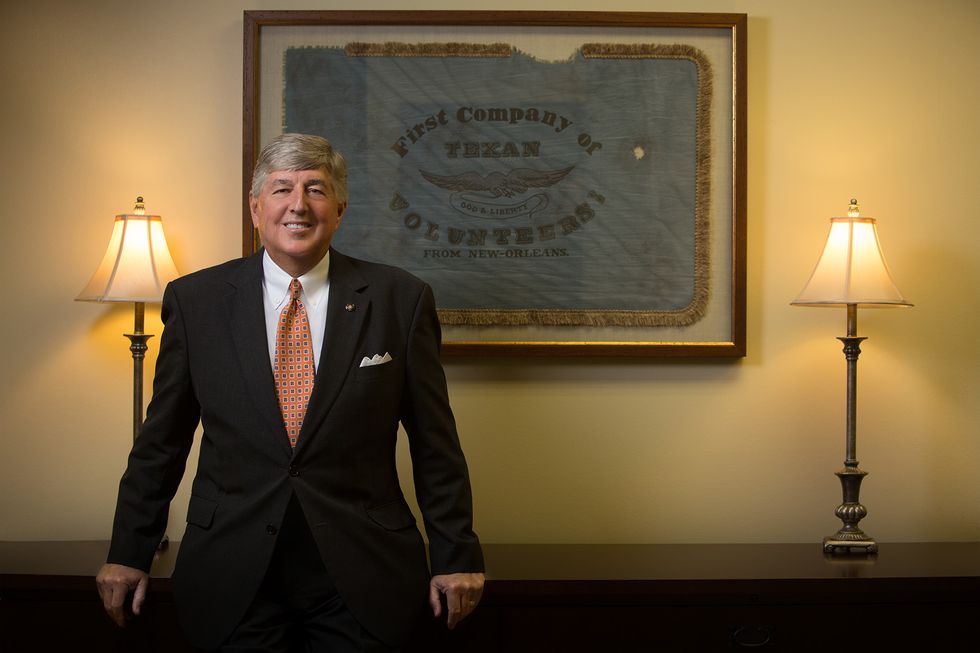 It's become a bit of a trend to see banks taking a bet on startups — Capital One, for instance, has even entered the coworking industry itself. And one Houston-area bank has become an early adopter of this trend locally.

"Owner-operated businesses are both the genesis of our business model and [a] key customer segment served," says Allen, who was named to his position in November. "A subset of that group certainly includes young, relatively new companies, which favor the current trend in coworking or live-work-play communities." Read more.