Overheard: Houston execs weigh in on the innovation ecosystem and local startups

Something has shifted in Houston, and businesses across industries — whether it be real estate, health care, or energy — are focused on innovation, emerging technologies, and the role of startups within the business community.

At the Greater Houston Partnership's annual Economic Outlook on December 5, three panelists from various industries gathered to discuss some of the biggest issues in Houston — from the multifamily real estate market to what the local workforce needs. The panel was moderated by Eddie Robinson, the morning news anchor for Houston Public Radio, and the panelists did weigh in a few issues affecting innovation.

Missed the talk? Here are a few overheard moments from the discussion.

"Houston allows you to do what you do. And you don't get that in other places." 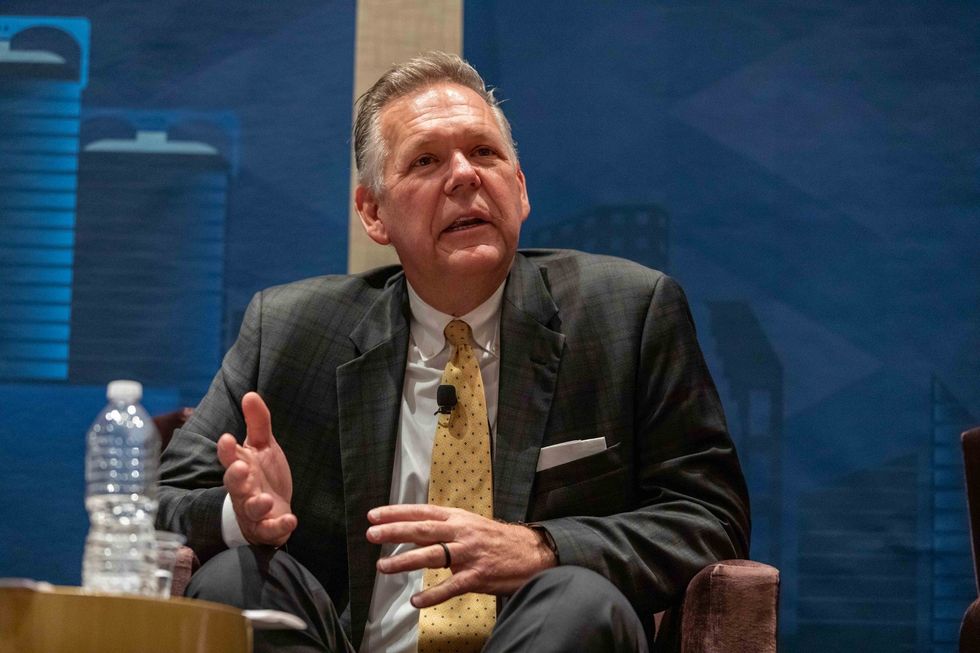 — Bradley R. Freels, chairman of Midway Cos. Freels says, while the city's been overshadowed by other Texas cities for innovation and tech — and even by its large oil and gas industry presence, the city is becoming a great place for startups. "This is a great place to do business because it's easy to get started in business here. I think it's just over shadowed to some degree," he says, adding later that, "the initiative around the innovation corridor is real."

"Houston is unique, in my opinion, in how open and welcoming it is." 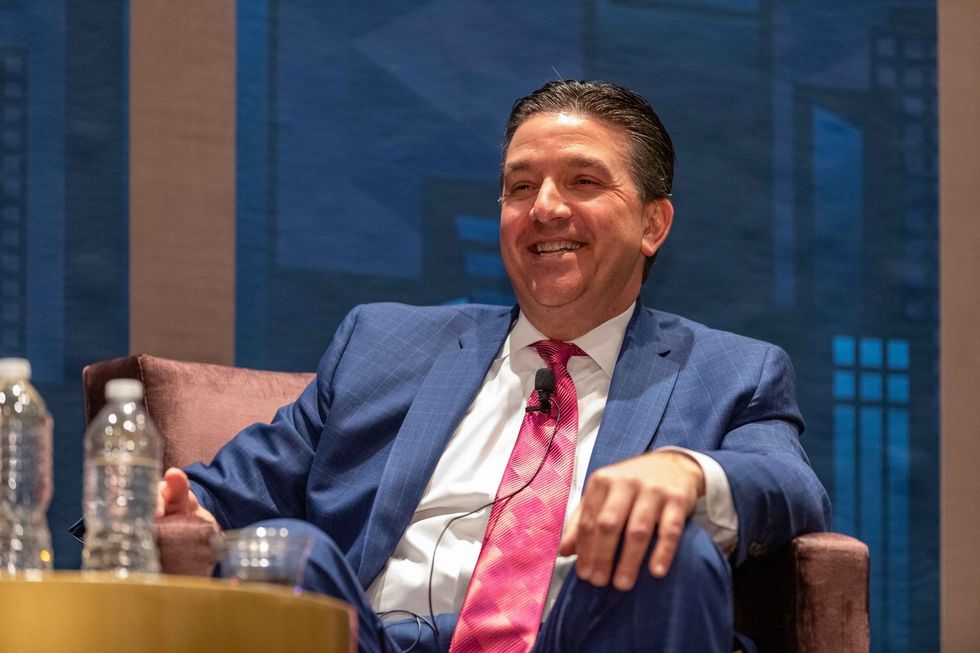 — David Milich, CEO of UnitedHealthcare - Texas & Oklahoma. Building off the panelists point that Houston is a spirited, can-do city, Milich specifies that it's the collaboration between people in Houston that sets the city apart. "When we present ourselves with something to get done, we generally get it down."

"We're realizing that the economy is shifting. As we move forward in the 21st century, our entire workforce needs to be tech fluent." 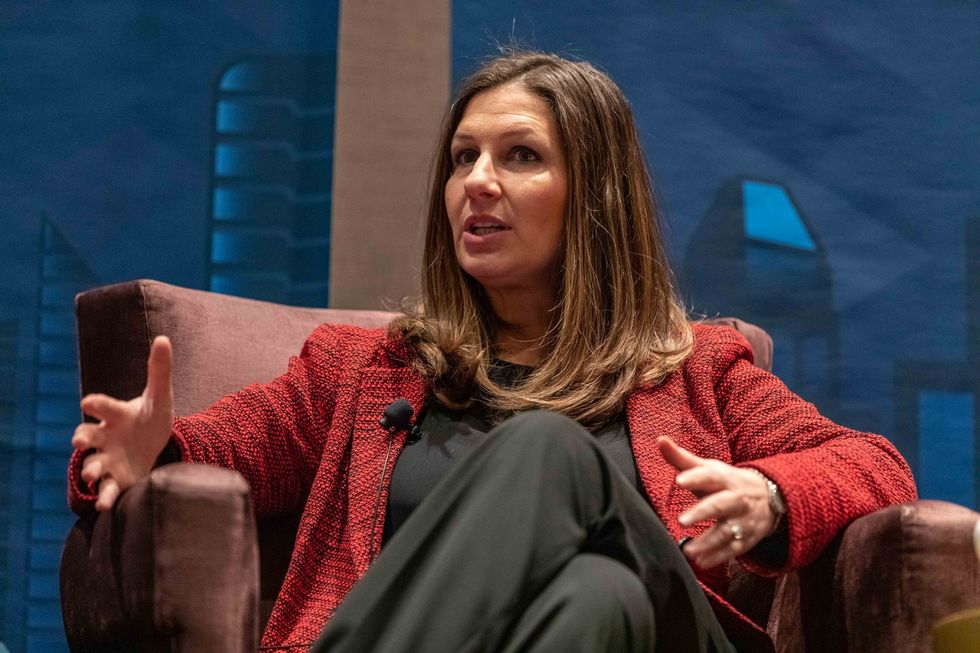 To determine the country's top 25 growth cities, U-Haul analyzed more than 2 million rental transactions over the calendar year. It then calculated the net gain of one-way U-Haul trucks entering an area versus those leaving an area.

Unlike U.S. Census Bureau or real estate data, the company says its U-Haul Growth Cities offers a snapshot of an area's retention rates versus strictly growth.

"While U-Haul migration trends do not correlate directly to population or economic growth, the company's growth data is an effective gauge of how well cities and states are attracting and maintaining residents," it explains in a release.

Three other Texas cities were perched on the list: the Austin suburb of Round Rock-Pflugerville (No. 5), the San Antonio suburb of New Braunfels (No. 11), and the Dallas suburb of McKinney (No. 17).

The top spot this year went to Raleigh-Durham, where arrivals accounted for nearly 51.4 percent of all one-way U-Haul traffic. In its explanation as to why the North Carolina hub is growing, the company points to the region's booming tech sector, which is says rivals that of Austin.

"We have tons of businesses coming here, bringing new residents in U-Haul trucks," said Kris Smith, U-Haul Company of Raleigh president, in a release. "Raleigh-Durham is rivaling Austin for attracting tech businesses and young professionals. We're seeing Silicon Valley talent and companies flock to the area. With a competitive cost of living, good wages, and job growth, Raleigh-Durham is experiencing a boom in population."

But when it came to the top growth state, neither Texas nor North Carolina got the No. 1 spot. That honor went to Florida, which took the crown from Texas, the winner in 2018. The Sunshine State claimed seven cities among the top 25, including five in the top 10.

This week's innovators to know represent different industries within Houston, but they are all looking to leave a legacy in making a difference. 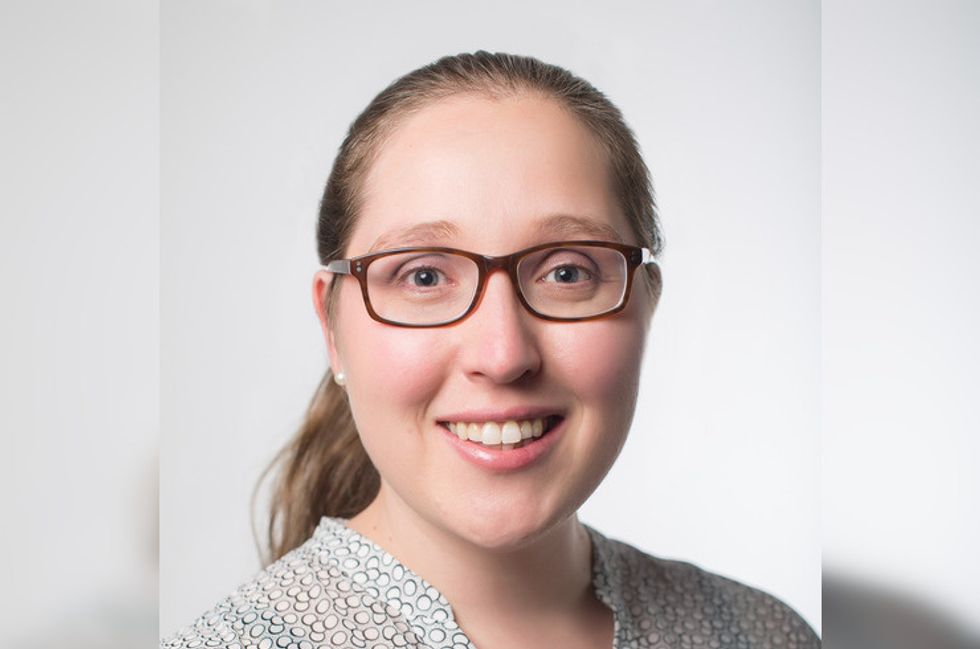 Yael Katz has seen the company she co-founded grow tenfold in its almost five years, and now she's watching that growth from a corner office with a great view of Houston.

BrainCheck, a cognitive assessment startup that has developed a software tool for primary care doctors to use to assess their patients' cognitive health, has moved into a new office space in the West University area following a series A round of fundraising.

"It's pretty exciting to have reached this milestone where we need more space," Yael Katz, co-founder and CEO of BrainCheck, tells InnovationMap. "We were pretty much bursting at the seams in our old office." Read more. 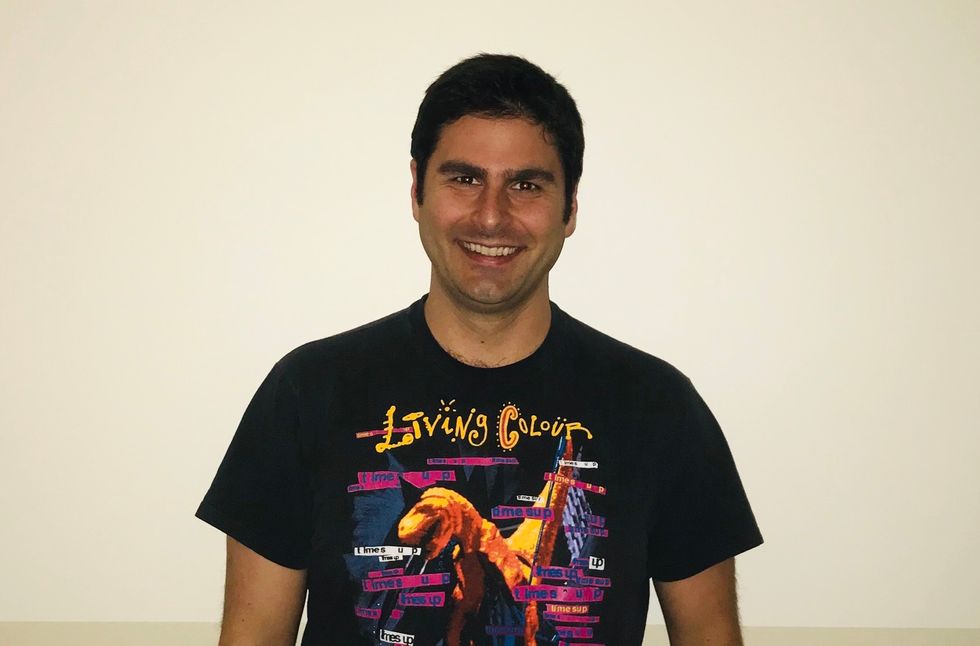 With the rise of fast fashion — in which huge clothing lines rapidly produce cheap clothing for consumers, humans are cycling through clothing at a detrimental rate.

According to a report from Business Insider, the fashion industry contributes 10 percent of the world's carbon emissions, is the second-largest user of the earth's water supply, and pollutes the oceans with microplastics.

"I realized that there was too much stuff out there," says Topper Luciani, founder and CEO of Houston-based Goodfair, "and there is an environmental crisis being caused by the clothing industry. They're manufacturing so many items, they're using slave labor, they're pumping dyes and other chemicals into rivers. It's absolutely wild." Read more. 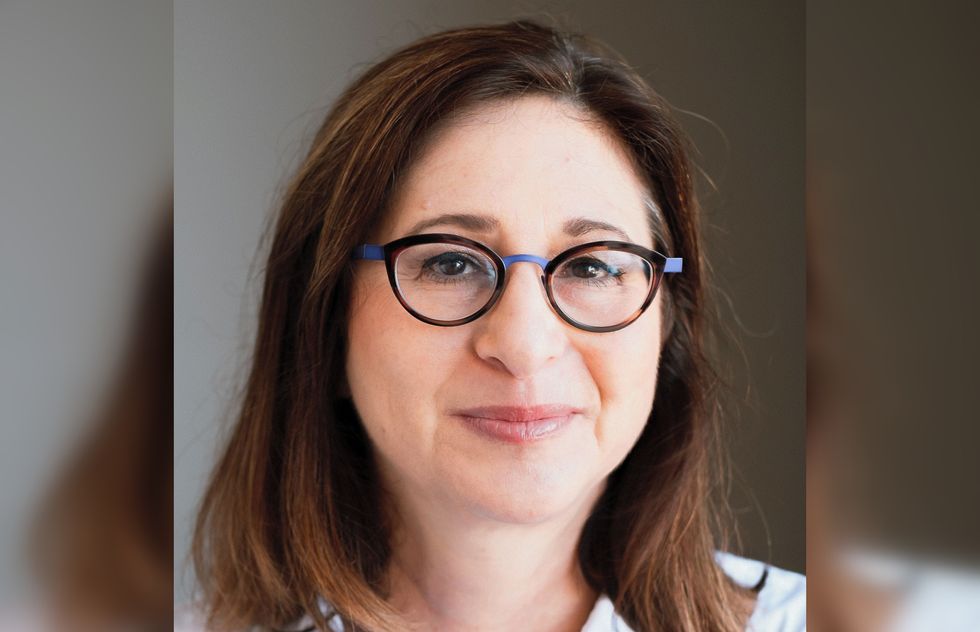 On the most recent episode of the Houston Innovators Podcast, Dorit Donoviel speaks of space health needs in ways that sound like futuristic science fiction. However, the director of the Translational Research Institute of Space Health is actively seeking solutions for issues and needs for living in space.

TRISH works hand in hand with NASA's Human Research Program to identify the program's biggest concerns, and then tap into professors, researchers, and scientists from Baylor College of Medicine, California Institute of Technology, the Massachusetts Institute for Technology, and other partners in order to innovate solutions.

"Everyone tosses the word 'innovation' around, but that means, to us, taking risks in science. Health care, in particular, is very risk averse, but the space industry is taking risks every single day when they put people in a rocket and hurl them into space," Donoviel says on the podcast. "If we're going to mars, for example, we are going to put people at risk." Read more.

Cancer remains to be one of the medical research community's huge focuses and challenges, and scientists in Houston are continuing to innovate new treatments and technologies to make an impact on cancer and its ripple effect.

Three research projects coming out of Houston institutions are providing solutions in the fight against cancer — from ways to monitor treatment to eliminating cancer-causing chemicals in the first place.

Researchers at Baylor College of Medicine and Harvard Medical School have unveiled a mechanism explains how "endocrine-resistant breast cancer acquires metastatic behavior," according to a news release from BCM. This research can be game changing for introducing new therapeutic strategies.

The study was published in the Proceedings of the National Academy of Sciences and shows that hyperactive FOXA1 signaling — previously reported in endocrine-resistant metastatic breast cancer — can trigger genome-wide reprogramming that enhances resistance to treatment.

"Working with breast cancer cell lines in the laboratory, we discovered that FOXA1 reprograms endocrine therapy-resistant breast cancer cells by turning on certain genes that were turned off before and turning off other genes," says Dr. Xiaoyong Fu, assistant professor of molecular and cellular biology and part of the Lester and Sue Smith Breast Center at Baylor, in the release.

"The new gene expression program mimics an early embryonic developmental program that endow cancer cells with new capabilities, such as being able to migrate to other tissues and invade them aggressively, hallmarks of metastatic behavior."

Patients whose cancer is considered metastatic — even ones that initially responded to treatment — tend to relapse and die due to the cancer's resistance to treatment. This research will allow for new conversations around therapeutic treatment that could work to eliminate metastatic cancer.

A biomedical research team at the University of Houston has made improvements on its microfluidic brain cancer chip. The Akay Lab's new chip "allows multiple-simultaneous drug administration, and a massive parallel testing of drug response for patients with glioblastoma," according to a UH news release. GBM is the most common malignant brain tumor and makes up half of all cases. Patients with GBM have a ﬁve-year survival rate of only 5.6 percent.

"The new chip generates tumor spheroids, or clusters, and provides large-scale assessments on the response of these GBM tumor cells to various concentrations and combinations of drugs. This platform could optimize the use of rare tumor samples derived from GBM patients to provide valuable insight on the tumor growth and responses to drug therapies," says Metin Akay, John S. Dunn Endowed Chair Professor of Biomedical Engineering and department chair, in the release.

"When we can tell the doctor that the patient needs a combination of drugs and the exact proportion of each, this is precision medicine," Akay explains in the release.

Rice University engineers have developed a way to get rid of cancer-causing pollutants in water and transform them into valuable chemicals. A team lead by Michael Wong and Thomas Senftle has created this new catalyst that turns nitrate into ammonia. The study was published in the journal ACS Catalysis.

"Agricultural fertilizer runoff is contaminating ground and surface water, which causes ecological effects such as algae blooms as well as significant adverse effects for humans, including cancer, hypertension and developmental issues in babies," says Wong, professor and chair of the Department of Chemical and Biomolecular Engineering in Rice's Brown School of Engineering, in a news release. "I've been very curious about nitrogen chemistry, especially if I can design materials that clean water of nitrogen compounds like nitrites and nitrates."

The ability to transform these chemicals into ammonia is crucial because ammonia-based fertilizers are used for global food supplies and the traditional method of creating ammonia is energy intensive. Not only does this process eliminate that energy usage, but it's ridding the contaminated water of toxic chemicals.

"I'm excited about removing nitrite, forming ammonia and hydrazine, as well as the chemistry that we figured out about how all this happens," Wong says in the release. "The most important takeaway is that we learned how to clean water in a simpler way and created chemicals that are more valuable than the waste stream."