How ready is Houston for the rise of artificial intelligence? More ready than you might think.

In the recently released Global Cities' AI Readiness Index, Houston ranks ninth in the world among large cities (those with 5 million to million residents). Singapore topped the large-city list; Dallas appeared at No. 8.

"The age of technology is here, and we cannot afford to sit idle," Houston Mayor Sylvester Turner says in a recent release. "We must leap, not stroll, into the future."

The Oliver Wyman Forum, part of management consulting firm Oliver Wyman, based its AI ranking on surveys of residents and leaders in 105 global cities, along with a review of publicly available socioeconomic data. The group says its goal in compiling the ranking was to "start a data-informed conversation about how to address the very real opportunities and challenges of AI disruption."

"Houston has been working diligently over the past several years to grow a robust digital tech ecosystem," says Susan Davenport, senior vice president of economic development at the Greater Houston Partnership. "Previously, most surveys ranked Houston in the 30s in this area. When we see ourselves ranked ninth among large global cities and U.S. metros in AI readiness, it's a positive signal of our trajectory."

Signs of Houston's trajectory in the AI universe abound:

"When you think about Houston's core industries like energy, life sciences, and manufacturing, these are all data-intensive businesses that are ripe for disruption by AI and other digital technologies," Davenport says. "There is significant activity with AI already happening in the market, but I think we're still early on the growth curve, with a great deal of upside potential."

Over the past year, the Greater Houston Partnership has led several trips to Silicon Valley to meet with companies involved in AI, cloud computing, and other technologies that enable businesses to harness the power of data.

"We are finding these innovative companies are very interested in tapping into the customer base here in Houston," Davenport says, "and we expect to see growth in this sector to continue over the next few years."

Houston Tech Rodeo returns this year — and the lineup of panels and networking opportunities has been released online.

The four-day summit was originally introduced in 2020 by Houston Exponential to shine a spotlight on Houston's tech and startup ecosystem. Last year, HX changed ownership, converted into a for-profit business, and named Natara Branch as the new CEO. With the new ownership comes a new era for HTR — complete with AI-generated media, a goal for a record-breaking finale event with CodeLaunch, and more.

"The biggest theme of Tech Rodeo this year is around being aware," Branch tells InnovationMap. "We want entrepreneurs to know what resources are out there, that they are supported, and that there are all these entities out here that are conducting themselves in a manner that is really centered around supporting them."

"We hope that when entrepreneurs and startups walk away from Tech Rodeo this year, it will really feel to them like there's more momentum in this city than there has been in the past so that we can be a top-tier startup destination," she continues.

This year's schedule is divided across a few themes and all events are being held in the Houston Innovation District in Midtown.

The week's events will attract founders, investors, startup development organizers, and more. When HTR launched its free tickets online, Branch says they received around 800 registrants in one day. At the center of everything HX does is the Houston founders, Branch says.
"It was supper important to us to make sure that entrepreneurs have access," she says. "It's free to entrepreneurs — they are number one in who should attend."

More information and registration is available at houstontechrodeo.com. 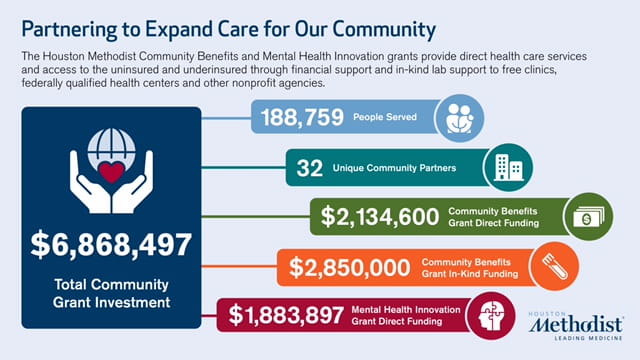 Editor's note: In this week's roundup of Houston innovators to know, I'm introducing you to three local innovators across industries — from drones to energy tech— recently making headlines in Houston innovation.

When the company first launched its beta in Houston, the platform (then called Campus Concierge) rolled out at three Houston-area universities: Texas Southern University, Rice University, and Prairie View A&M. The marketplace connected any students with a side hustle to anyone on campus who needed their services.

Long shares on this week's Houston Innovators Podcast that since that initial pilot, they learned they could be doing more for users.

"We recognized a bigger gap in the market," Long says. "Instead of just working with college-age students and finding them side hustles with one another, we pivoted last January to be able to help these young people get part-time, freelance, or remote work in the creator economy for businesses and emerging brands that are looking for these young minds to help with their digital marketing presence." Read more and listen to the episode.

Ty Audronis, fueled by wanting to move the needle on wildfire prevention, wanted to upgrade existing processes with real-time, three-dimensional, multi-spectral mapping, which exactly where his company, Tempest Droneworx, comes in.

That software is called Harbinger. Audronis explains that the real-time management and visualization solution is viewable on practically any device, including mobile or augmented reality. The system uses a video game engine for viewing, but as Audronis puts it, “the magic happens” on the back end.

The company was just the two founders until five weeks ago, when Tempest’s size doubled, including a full-time developer. Once Tempest receives its SIBR check, the team will grow again to include more developers. They are currently looking for offices in the city. As Audronis says, Tempest Droneworx is “100-percent made in Houston.” Read more.

Juliana Garaizar is now the chief development and investment officer at Greentown Labs, as well as continuing to be head of the Houston incubator. Image courtesy of Greentown

Greentown Labs named a new member to its C-suite. Juliana Garaizar, who originally joined Greentown as launch director ahead of the Houston opening in 2021, has been promoted from vice president of innovation to chief development and investment officer.

"I'm refocusing on the Greentown Labs level in a development role, which means fundraising for both locations and potentially new ones," Garaizar tells InnovationMap. "My role is not only development, but also investment. That's something I'm very glad to be pursuing with my investment hat. Access to capital is key for all our members, and I'm going to be in charge of refining and upgrading our investment program."

While she will also maintain her role as head of the Houston incubator, Greentown Houston is also hiring a general manager position to oversee day-to-day and internal operations of the hub. Garaizar says this role will take some of the internal-facing responsibilities off of her plate. Read more.