Natalie Harms
Dec 2, 2019, 8:09 am
Get to know this week's Houston innovators to know — and the companies they've founded. Courtesy photos

This week's innovators to know are all Houston startup founders who have identified a need in their industries and created companies to provide solutions.

From blockchain and data to real estate and smart materials, these Houston entrepreneurs are making an impact across industries as well as the Houston innovation ecosystem.

Andrew Bruce had the idea for Data Gumbo when he realized how difficult it was to share data in upstream oil and gas. Courtesy of Data Gumbo

The oil and gas industry was sitting on a gold mine without any idea of how to harvest it before Andrew Bruce and his company Data Gumbo came around. If energy companies were ever going to be able to set up autonomous drilling, they needed to integrate data and challenge the commercial model.

"Data Gumbo was originally founded to solve that integration problem. Take data from different sources, standardize it, clean it up, and make sure only the people who have the authority to get access to the data, can get access to the data," Bruce says on the most recent episode of the Houston Innovators Podcast. "That's why we're called Data Gumbo — take a bunch of data, put it in the pot, stir it up, and make it taste good."

Now, years after founding the company, Bruce has raised millions and has expanded to new industries, and he has more up his sleeves. Listen to the episode and read more here.

Reda Hicks create GotSpot — a digital tool that helps connect people with commercial space with people who need it. Courtesy of GotSpot

Every company, once a year, has to face the annoying and challenging tasks associated with the planning the holiday party — including identifying the point person for planning, which is usually someone who has an entire other job to focus on in addition to their new party planning tasks.

"I've worked at a law firm for over a decade, and I remember the giant hassle it was at the last minute to figure out who was responsible for the holiday party," says Reda Hicks founder and CEO of GotSpot Inc., a platform that connects people with short-term commercial space.

GotSpot's new seasonal tool — Holiday SOS — aims to be companies' one-stop shop for planning corporate holiday celebrations, from luncheons to happy hours and no matter the size of the event. The opportunity allows for the burden to be taken off that person within the company — who has a real, non party-planning job — while also allowing for new avenues of daytime business for party service providers. Click here to read more.

Ody De La Paz's company, Sensytec, started as a class project and turned into a growing startup. Courtesy of Sensytec

Some people find and accept a post-graduation job while in college, but Ody De La Paz actually created his job and his company while in school. Sensytec, a smart concrete developer, may have began as just a class project at the University of Houston's Cyvia and Melvyn Wolff Center for Entrepreneurship within the C. T. Bauer College of Business, but De La Paz and his team have proven the market need of his product over and over again.

De La Paz saw the need to really grow and develop his company after competing in a series of pitch competitions. He and his cofounder, Anudeep Maddi, competed in eight across the world, and took hope first place prizes in five.

"That kind of gave us the hint that this should be a company, and we need to make it happen as quick as possible," De La Paz, CEO of Sensytec says on this week's Houston Innovators Podcast. Listen to the episode and read more here.

This week's roundup of Houston innovators couldn't be more varied. Among the movers and shakers in tech in Houston are a serial energy tech entrepreneur, a fitness leader taking her empire mobile, and the leader of a decades old organization looking for the technology of the future. 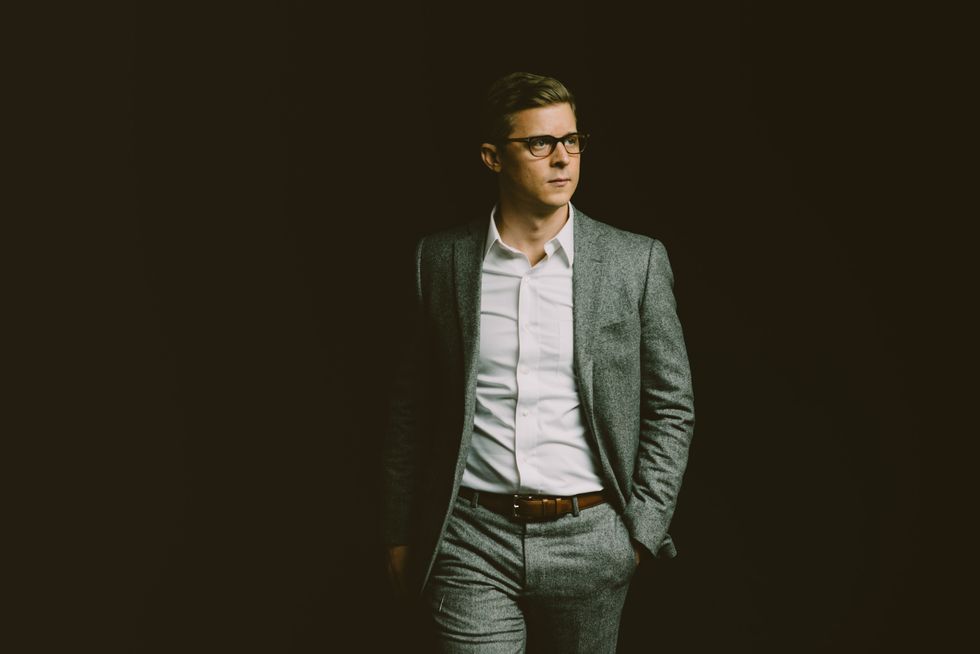 Alex Robart was on the lookout for a new tech startup to get involved with when he found Canada-based Ambyint a few years ago. He saw the potential of the artificial intelligence software had on optimizing oil and gas rigs. Now, he's lead the company as CEO and recently oversaw the startup's $15 million series B round.

"We're seeing our customers spend a little more time understanding AI," Robart says on this week's episode of the Houston Innovators Podcast. "More and more boards of mid-sized [exploration and production companies] are challenging their executive teams to do something with AI."

Click here to read more and to listen to the episode. 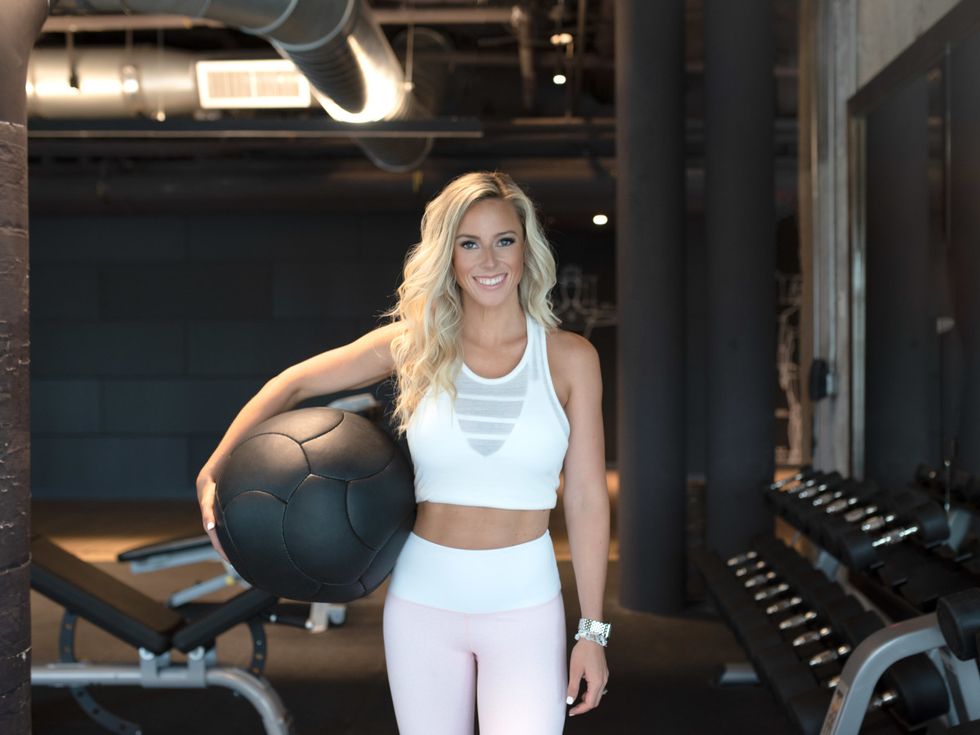 Photo courtesy of The FITT Cycle

Houstonian Lindsay Huelse has created a all-in-one approach to fitness and health within her new mobile app, The FITT Cycle , which incorporates fitness routines, nutrition plans, accountability, community, and entrepreneurship.

"Historically, fitness apps are great for memberships," Huelse tells CultureMap. "I wanted to create a platform for returning clients where they could have stability and ditch the diets."

Since its launch in December 2019, Huelse says she has seen a membership growth of almost 2,000 percent, noting that there is no other app with The FITT Cycle's features. She calls it a hybrid of My Fitness Pal, the Peloton App, Facebook communities, and more.

Click here to read more about Huelse and her app.

Joel Cowley, CEO of the Houston Livestock Show and Rodeo 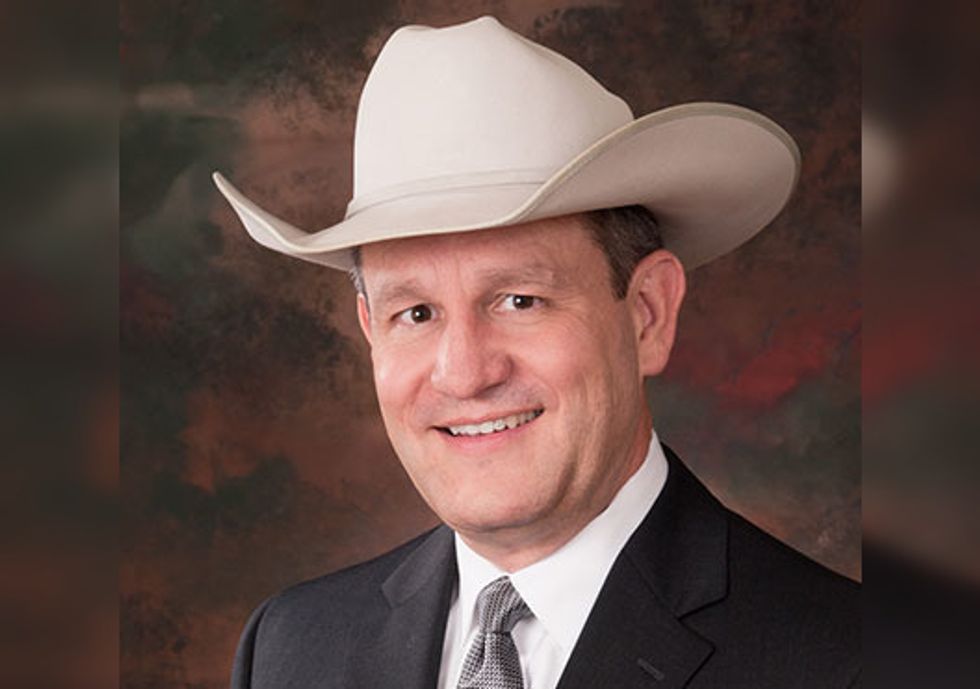 Joel Cowley, CEO of the Houston Livestock Show and Rodeo, speaks very candidly about the rodeo's future technology upgrades. He realizes that there are rodeo goers who won't appreciate the digitization of tickets, carnival passes, etc. or the temporary inconvenience the transition might bring. But he also knows it's necessary and will be worth it to patrons.

"Anytime you do something new, you have to be on guard," Cowley tells InnovationMap. "You have to make sure you are stacked up on capacity — whether that be personnel, scanners, server capacity — because if you're not, it could create a situation from that."

Click here to read more about new tech coming to the rodeo.